Conferences, workshops, and networking events have all been part of our lives. However, since COVID happened, it has changed the way we live and collaborate irreversibly. Is it still worth attending these or have they been replaced by online events?

Atlassian has hosted its annual Atlassian Summit of 2022 (called Team 22) at the beginning of April. 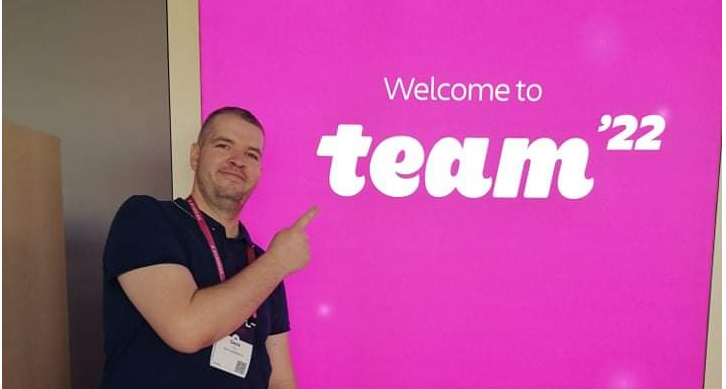 The Atlassian toolchain has been defining the "software development / CI/CD / service management support" market for years now. It's a well-built foundation that has a lot of the bases covered if you plan on being in the "software development for hire" business. Right up to the point where, if you are running a small team for yourself (or for an external company), chances are, you can get up and running with their toolchain with very little effort.

Why is it good to attend conferences like this...?

...You might ask. Well, there are many good reasons, but here are just a couple. I'd say if you want to keep up with industry trends, you might want to take a look at what the big players are doing. And in this regard, the Keynotes are the best source of information. For example, in 2019, they promised to focus more on the Cloud version of their infrastructure. In 2020, they announced they will not be selling standalone server licenses for their products anymore and will be focusing on the Data-Center editions, (recommending also to run them in a multi-node configuration, also making it possible to run them in containers). In 2022 the software development best practices start with running your application in a container and run in the cloud. I'm not saying they are the one and only vision to be followed, but it gives a pretty good sense of where trends are going.

When I started working with JIRA around 10 years ago, we were using the application a bit differently than it was intended. Not for software development, but for work management, and work intake automation. At that time, the Atlassian Marketplace was crawling with new apps, vendors, and with new ideas and functionalities. There was a need for developing custom plugins to make sure they do everything that you want in the exact way you want it.

One of the key changes in this year's Conference was that the number of plugin developers, who were strictly in the business of plugin development was far less, and the number of "Solution Providers" have risen. When discussing this finding with one other attendee, he said: "All the good software has already been written. We now need to teach people to use it."

Why was this event special?

They usually host an event like this every year. Then... COVID happened. For everyone.

But the past 2,5 years have changed a lot of things. Hybrid work schedules and working from home have become the new standard for employment, as companies who wanted to stay afloat adjusted to the needs of their employees and the needs of the market.

This has also influenced the way people work together, and the way people interact with their productivity software as well. Everybody is available online. Daily stand-ups, quick catch-up meetings, end-of-day statuses, virtual coffee times, and online team buildings have become a new standard of "hanging out" with colleagues. And companies have started to invest in software to make these happen. But doing so, there was a new phenomenon that the companies had to deal with: an average software team uses 25 apps to support collaboration.

So this year's biggest focus was INTEGRATION.

Atlassian has published over 50 integrations with third-party apps. Integration, because everybody has their own expertise. Every tool has its own way of working. And the platforms have to adapt to that to make sure that these applications have the ability to communicate with one another.

This is actually a pretty important and valuable trend to follow. We're gone from a vendor providing their own solution in every single space you want to making sure the software you already use collaborates perfectly. Because why not use the best tools for the job you have, rather than always reinventing the wheel.

And the biggest takeaway that should apply to every software developer in 2022... Today's software is not written, it's assembled...

Having that in mind, stay tuned for next week's post about how we used a standard GraphQL engine instead of developing a custom backend for our customers.

Refactoring - Is It Worth It or Not?

Refactoring or starting everything from scratch - which is the best decision?

Developing a flexible and interactive content-management platform without a heavyweight backend logic is not myth, it's reality!

Prototyping a project is both challenging and exciting at the same time. Would you agree with this?