Oftentimes we hear that PHP is outdated and software developers prefer other languages to it.

Can a programming language become outdated?

To find answers to these questions, we interviewed one of our experienced PHP developers Patrik Rozgonyi.

Patrik, how long have you been programming in PHP?

I've been programming in PHP for about 20 years.

And what do you think of the current status of PHP compared to other programming languages?

It is often said that the PHP programming language is dead and it's a relic of a bygone era. There was a time when I didn't think I would use it on new greenfield projects anymore for a number of reasons, such as its speed and lack of language tools. Since then, however, it has changed a lot for the better and, although, like all languages it has its downsides, it has now become quite obsolete.

You mentioned that there was a time when you though that you might never use it on new projects. When was this?

Yes, there was a time when I was burying it and planning to switch to another language with whole large systems. This was around 2018 during the time of version 5.6, which was crowned by the finally unborn version 6 (there is an article about this version if someone hasn't come across the story: https://phil.tech/2013/php-6-pissing-in-the-wind/ ). After that a big positive change happened with PHP. Starting with version 7 they fixed the performance issues which was a major milestone. Many companies have continued to develop in this language because of this. 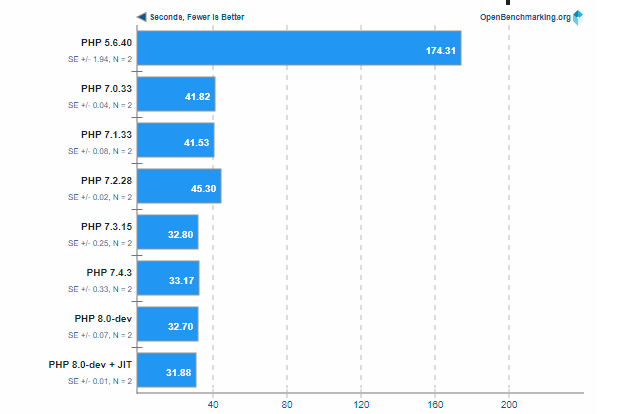 If the new versions became way better, what are the properties that still withhold programmers from learning or using this language?

A common accusation against PHP is the quality of applications. The ease of use of the language is a double-edged sword. Unfortunately, as we are talking about the easy-to-use, dynamic language, in the wrong hands this does indeed give room for poor quality, but it doesn't have to be that way. Today, quite a few even large projects take code quality seriously and thanks to new versions of PHP, it is now possible to work both professionally and comfortably. More and more people are getting familiar with the language elements introduced by the new versions, which allow to work efficiently but cleanly, such as type hints, typed properties, return type declarations, enums, etc.

How do you think the attitude towards PHP could be improved?

I think it is important to renew the community. The old CMS-like "hacked" developments like WordPress, Drupal are increasingly being replaced by framework-based work, with Laravel being the most important flagship of the moment. Laravel's developers have not only created a modern and convenient framework but have also used its popularity to put pressure on the PHP world to upgrade to newer versions. This pressure has led to an extraordinary pace of development in the PHP ecosystem, which is still visible today.

So, in conclusion, what would you say about PHP as it is now?

It is undeniable that PHP has its drawbacks, but this is true for any programming language. After all, we need to know what to use it for. What is certain, however, is that today it is a language that can be used for professional work, and that comes with a thriving ecosystem and community.

If you are interested in the history of PHP, check out this 25th anniversary page courtesy of JetBrains.

Norbert joined us almost a year ago as a Java developer. Now he shared his thoughts about this past year and some interesting personal details as well.

How to Use GraphQL with React

What do we need when we want to create a simple web app in 2022? How can GraphQL help us in this?

How to Make a Sales Tool?

Struggling with creating a sales tool? Don't know how to create resilient and scalable solutions? Here's how we managed these!